The very first year of International Economics Olympiad Finals was organized on Tuesday 10/9/2019 and took place in the Czech National Bank in Prague. Five students from each country (Czechia, Slovakia and Hungray) qualified from national rounds.

Students first passed written exam, after that they were tested orally by expert jury consisting of one person from each country (Monika Budzak from Slovakia, Pavel Potužák from the Czech Republic and Gyula Pleschinger from Hungary). The whole program was in English. 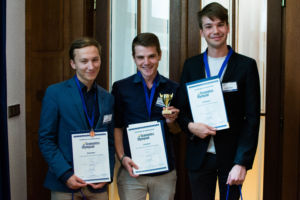 The winner of the first International Economics Olympiad Finals was Jakub Kučerák from Slovakia (interview), the second place took Šimon Pekar (interview) also from Slovakia, at the third place was Jan Pytela (interview) from the Czech Republic.

International Economics Olympiad Finals 2019 was able to take place thanks to the financial contribution of the Visegrad Fund. 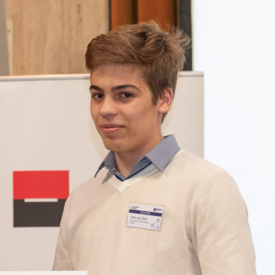 As expected, after I finish my last year of high school at the Jonnes Kepler grammar school in Prague I plan studying economics. I am in this competiton because I think it is a great opportunity to meet like minded peers. Other than economics I am also interested in politics – I attend and organise models of the European Parliament. Also a little less typical hobby of mine is beekeeping. 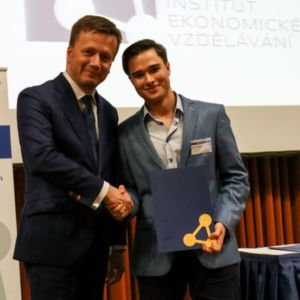 My name is Pavel Králík and after 4 years of attending the Business Academy in Brno, I have just started studying at the University of Economics, Prague. Most of my hobbies are linked to economics and other theoretical subjects, such as accountings or finance. When it comes to my motivation, well, I have always wanted to better understand the world around me. 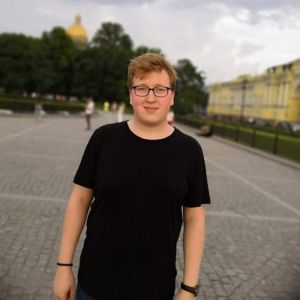 Hello everybody, my name is Martin Neumann and I recently graduated from grammar school in Karviná, Czech Republic and I’m about to start the first year of Law school of Charles University in Prague. Among my hobbies you can find the following: modern history, economics and oweral interest of what is currently happening around the world. I have decided to apply for this competition simply to fulfil my ambitions to broaden my views especially in the field of economics. 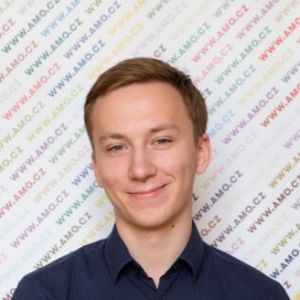 After finishing my high school studies at Gymnazium Matyase Lercha, Brno, I moved to Vienna to study economic sciences at the wonderful campus of „WU“. I am in this competition because I like challenges and learning from the best. Except for economics I also like international relations – I’m a volunteer in the Association for International Affairs (AMO). This project is actually the place, where I found out that I like economics. And why do I like economics? Because it’s beautiful and it all makes sense. 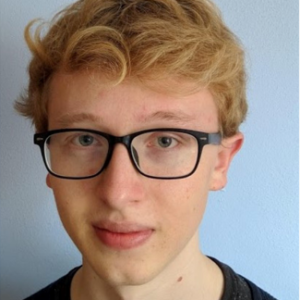 I attend a mathematics class at Gymnázium Poštová 9 in Košice. My greatest hobby is mathematics, and due to that I take part in various correspondence seminars and I also participate in mathematical competitions. I am also interested in economics and politics and I hold libertarian views. I would also like to link these two disciplines – mathematics and economics – in my future life, and therefore I consider studying financial mathematics. 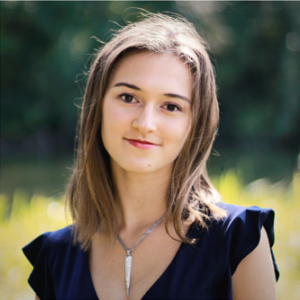 I finished my studies at Ľudovít Štúr grammar school in Trenčín, Slovakia recently, but I spent half of my studies at a grammar school in Vienna. Studying in Austria represented a great challenge for me, but I do not regret choosing it. I would like to return back and study Economic Law at Wirtschaftsuniversität in Vienna.  What is more, foreign languages are my long-time passion: except for German and English, I am also learning Spanish, French and Russian.

I study at Juraj Hronec Grammar School (Bratislava, Slovakia) in the International Baccalaureate Diploma program. I have been interested in economics practically since the beginning of high school. I have come in contact with it in debate competitions, graduation exams and finally in the Economics Olympiad. At the moment, it even looks like I’m going to study it at university. I consider participation in the final round of EO as an ideal opportunity to improve my analytical thinking in an economic context.

My name is Šimon and I come from Považská Bystrica, Slovakia. As of 2016, I started studying at the Bilingual grammar school in Sučany. I am a member of the Student School Board and a school company and I am engaged in academic debates. I also study economics and finance. When it comes to my spare time, I enjoy going to the theatre, sports or reading books. In regard to my future, I would like to study at an university in the UK. 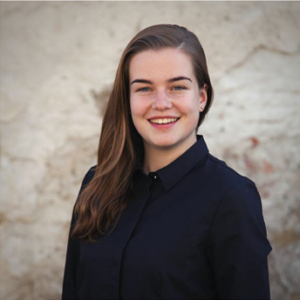 My name is Eva Schwarzová and I just finished my high school studies in Trnava, Slovakia. I have been interested in economics and public matters for over two years now. Some of my favourite topics are the sharing economy and economic policy. 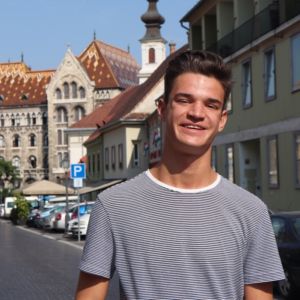 My name is Balázs Pintér and I‘m 18. Currently I‘m studying in the Cistercian High School in Budapest. In my free time, I enjoy learning more about the current issues and affairs of the world. I‘m especially interested in the political settlement of the EU, history, and of course – economics. I have always found it important to discuss these issues with my peers, that‘s why I cannot wait to represent Hungary in the Economics Olympiad in Prague. 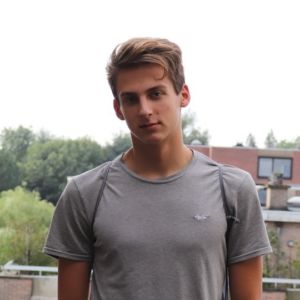 My name is András, I am an 18 years old student from Budapest, Hungary. My field of interest include mainly economics and history. Together with some of my friends, we have been participating in national contest concerning economics since some years. I also take part in MEP (Modell European Parliament) sessions, an extra-curricular activity where we practise debating and the way of presenting our ideas to others. In the near-future, I would like to deepen my knowledge in the field of computer engineering and economics. 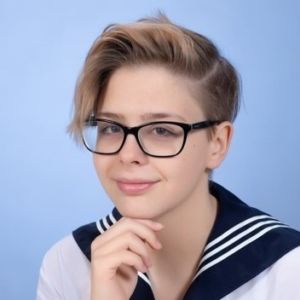 My name is Anna Gergály and I‘m just starting my first semester at the Budapest University of Technology and Economics, studying computer engineering. I‘m really fond of music, I have been playing the guitar for 7 years now. In my free time I like to watch series, read, meet up with friends and play video games. I also own a cat. Economics for me is not something closely relating to my studies, but rather a field I have personally taken interest in and I believe it‘s something that can be universally useful to know more about 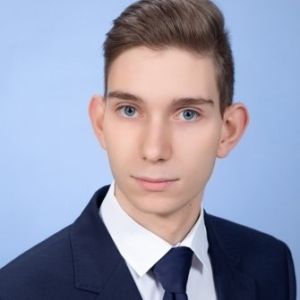 My name is Péter Mészáros and I‘m from Zalaegerszeg, a small Hungarian town. I have just started studying Computer Engineering at the Budapest University of Technology and Economics this semester. I‘m interested in a lot of topics, be it math, IT, physics, foreign languages, music or economics and finance. I reckon that being interested in economics and finance helps broaden our horizons and even make better decisions later in life. 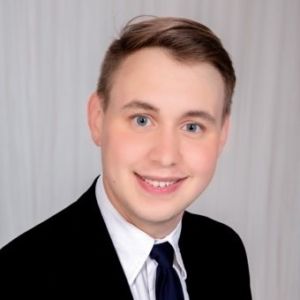 Hi! My name is Bence Molnár, I am 18-year-old student from Hungary. I‘m into series and every kind of literature. In everyday life I try to protect the environment, be vegan, and most importantly, be myself. I‘m interested in the world around me, economics, finance and business, so Economics Olympiad is a great opportunity for me.

This year, the International Economics Olympiad will surpass the 100,000 participants from all over the world. This all can happen thanks to INEV new partner - American foundation the Economic Fundamentals Initiative (EFI), that brings [...]

School is supposed to be a game. It can be applied to every subject, including economics. Games are a great teaching tool, so Institute of the Economic Education decided to publish a brochure, in which you will [...]

Secondary school students from the Czech Republic, Slovakia, Hungary and Poland competed in the international final of the Economics Olympiad, which culminated on 20 November 2020. Each country was represented by five students who had [...]